Playful waves change Ozzie’s tune: “I’m Back To Backing It!”

(Ed.’s Note: Read about our full Yeppoon adventure here: Part 1.Part 2. Part 3. And if you haven’t figured it out already, these stories are running a few days behind their actual occurrence. However, due to the pool’s media embargo (which hinders us from posting images of the pool until Monday) you can read this as if it were concurrent.)

Yeppoon smells a bit fishy, especially in the springtime.

That sounds like the intro to an off-color joke but it’s actually true – due to a seasonal coral spawn on the Great Barrier Reef, Yeppoon’s coastline is covered in fishy-smelling foam between the months of September and October. The stench is most prevalent during outgoing tide, when Yeppoon’s four-meter swing leaves ample patches of foam on its quickly drying sand.

Despite this, Ozzie Wright was enamored by the northern Queensland beach town.

“I haven’t been somewhere new in Australia in ages,” he said. “I think that’s my favorite thing about wavepools – getting to see places you never otherwise would.”

And he’s right – Yeppoon is gorgeous. 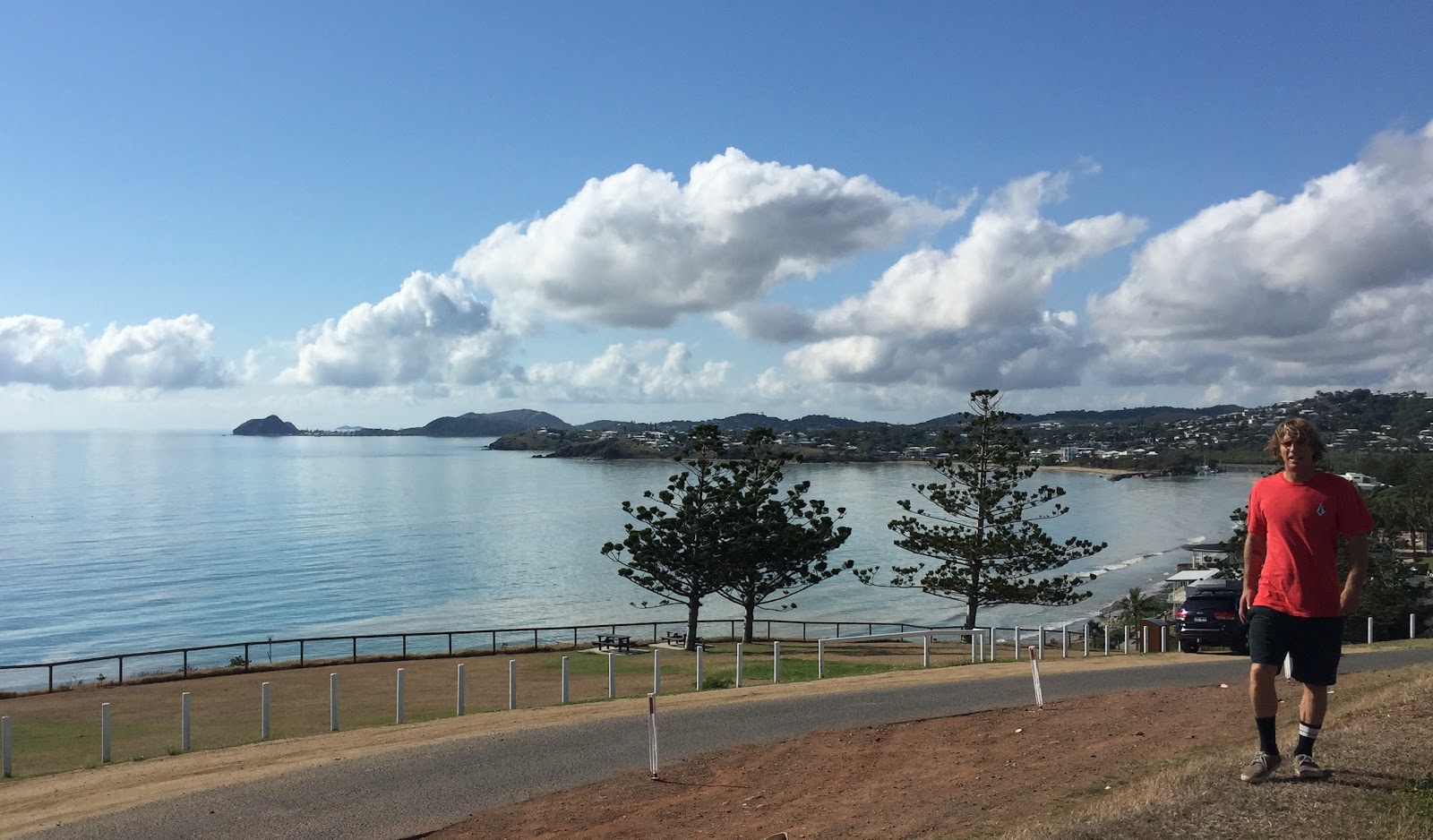 The Rockhampton suburb resides in a massive blue-water bay with house-littered headlands to the south, miles of empty sand to the north, and barrier islands to the east. Due to its northern position on the coast, Yeppoon’s main strip rarely receives waves, but locals revealed that on solid easterly swells, a 10-minute beach romp might reveal the occasional shoulder high wedge.

The newly developed pool, located just 15 minutes inland from Yeppoon’s stunning coast, is Aaron’s decade-long dream come to fruition. The fact it was built so close to home and in the middle of a gorgeous, mountain-lined property is just the parmesan on the pasta.

“We’re so excited to see its potential,” Aaron told Stab. “Now that we’ve proven the concept can be applied to a full-sized model, we just need to let the engineers work it up to full scale.”

The mastermind behind the plunger-pool, Aaron Trevis

This, though, was proving a serious challenge.

Over the past two days of testing, Surf Lakes had made only a handful of ridable waves.

“It’s like being drip fed the most delicious thing in the world,” said a stoked but unsatisfied Barton Lynch. “You’re just like, gimme more!”

With Australia Surfing Life coming to film their secret project over Wednesday-Thursday and Surf Lakes’ legions of investors coming for a Sunday surf, the pressure to increase the wave’s size and consistency was greater than that required to lift the thousand-ton plunger.

None of which mattered to us if Ozzie refused to enter the pool.

If you remember from yesterday’s tale, Ozzie returned highly skeptical from his initial Surf Lake visit. 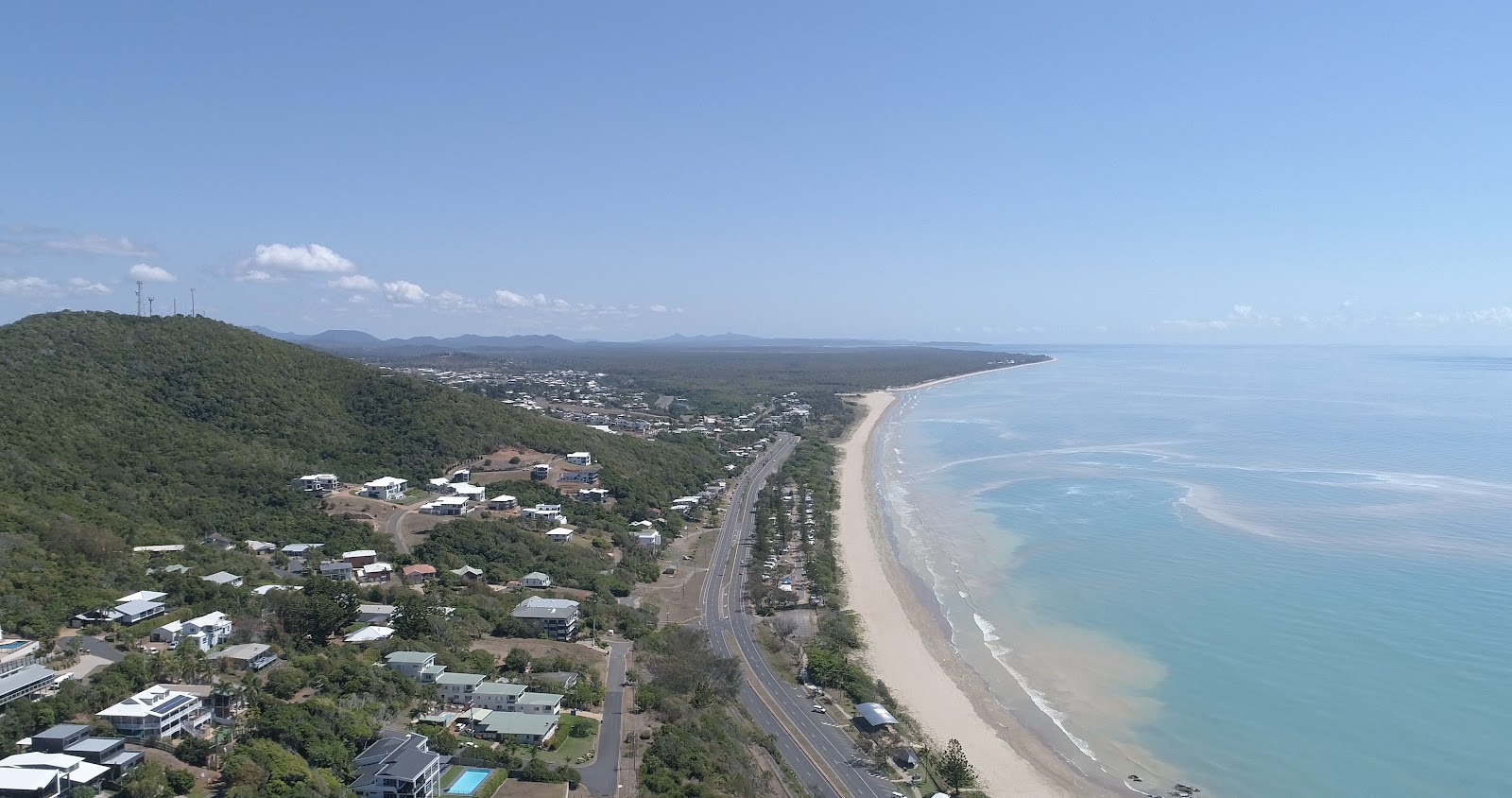 It took more than a bit of convincing to get Ozzie back on the premises.

“Just give us an hour,” we pleaded “We just need to get a few shots of you walking around the pool and surfing a couple waves.”

The concrete around Surf Lakes is so brittle that it cracks beneath the feet. Makes a person feel powerful.

Still spooked by “Donkegin” but not wanting to upset our crew, Oz finally agreed to a brief pool visit. Upon arrival we found 30 people scattered across the five total peaks.

The machine’s first wave was borderline unridable, as flat water in front killed its ability to break. However the second wave, which benefited from the first taking water off the reef, peeled in multidirectional harmony.

This was our first time seeing the pool break in person and, casting aside any previous beliefs or expectations, it looked fun. Small as hell, but fun.

“It’s pretty fucking sick, hey? I’m back to backing it.” 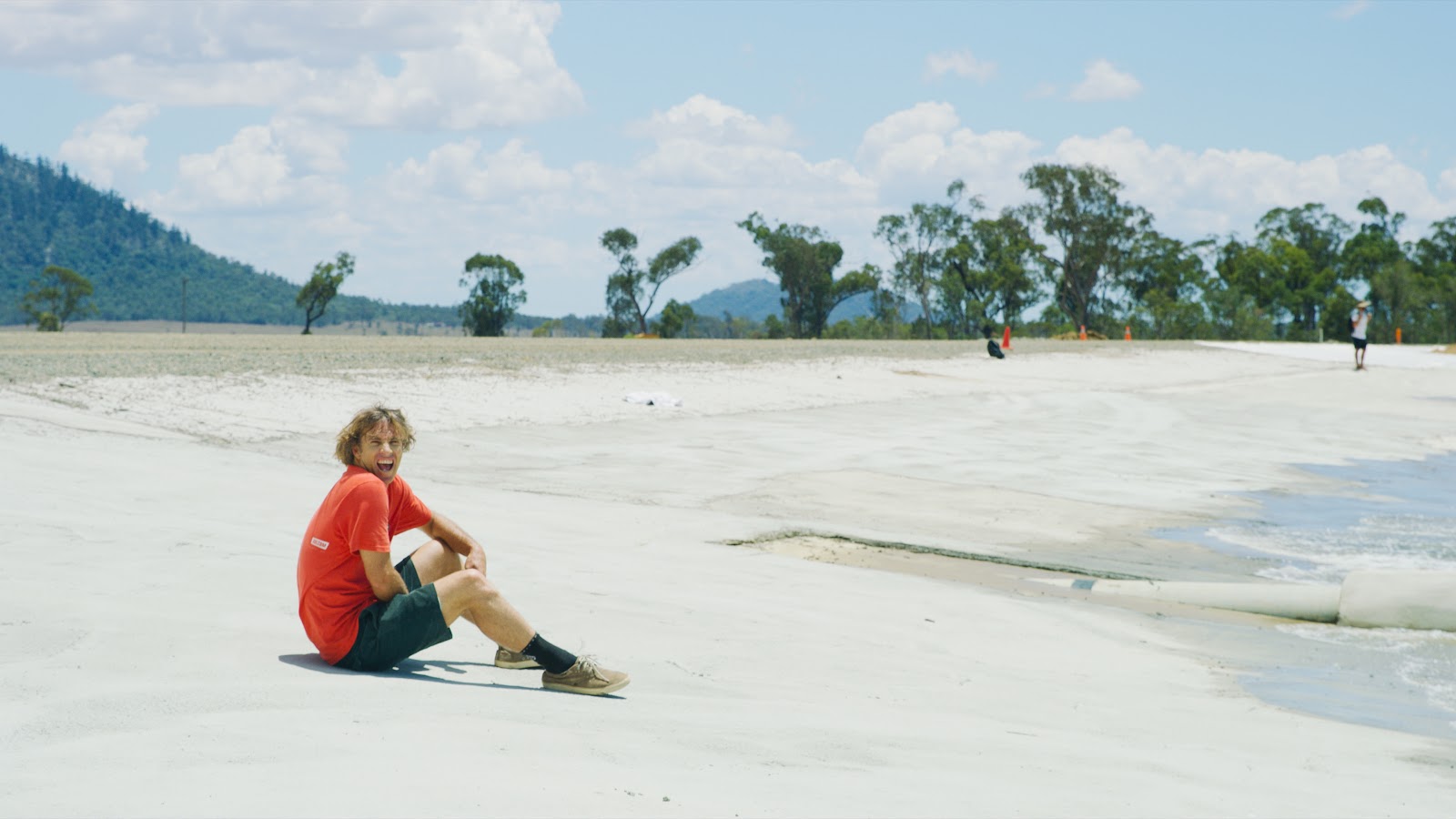 After watching the likes of Joel Parko, Dean Morrison, Barton Lynch, Mark and Jay Occhilupo, and all the ASL starlets tackle these playful wedges, Ozzie was convinced to paddle out and grab a few waves of his own.

Or even just one. All we needed was one.

After changing into boardies and knocking his fins in their holsters, Ozzie was about to make his way back to the pool. That’s when we heard it.

“Did you boys hear that?” Ozzie wondered aloud. “Did it just… break?”

Unable to see the pool from where we currently stood, none of us could know for sure.

“Surely not, right?” we replied. “Surely it wouldn’t just break. Let’s cruise back to the pool and inspect.”

Halfway back to the pool Ozzie was intercepted by a Surf Lakes employee.

“Where you heading with that board, mate? Thingo’s blown a gasket.” 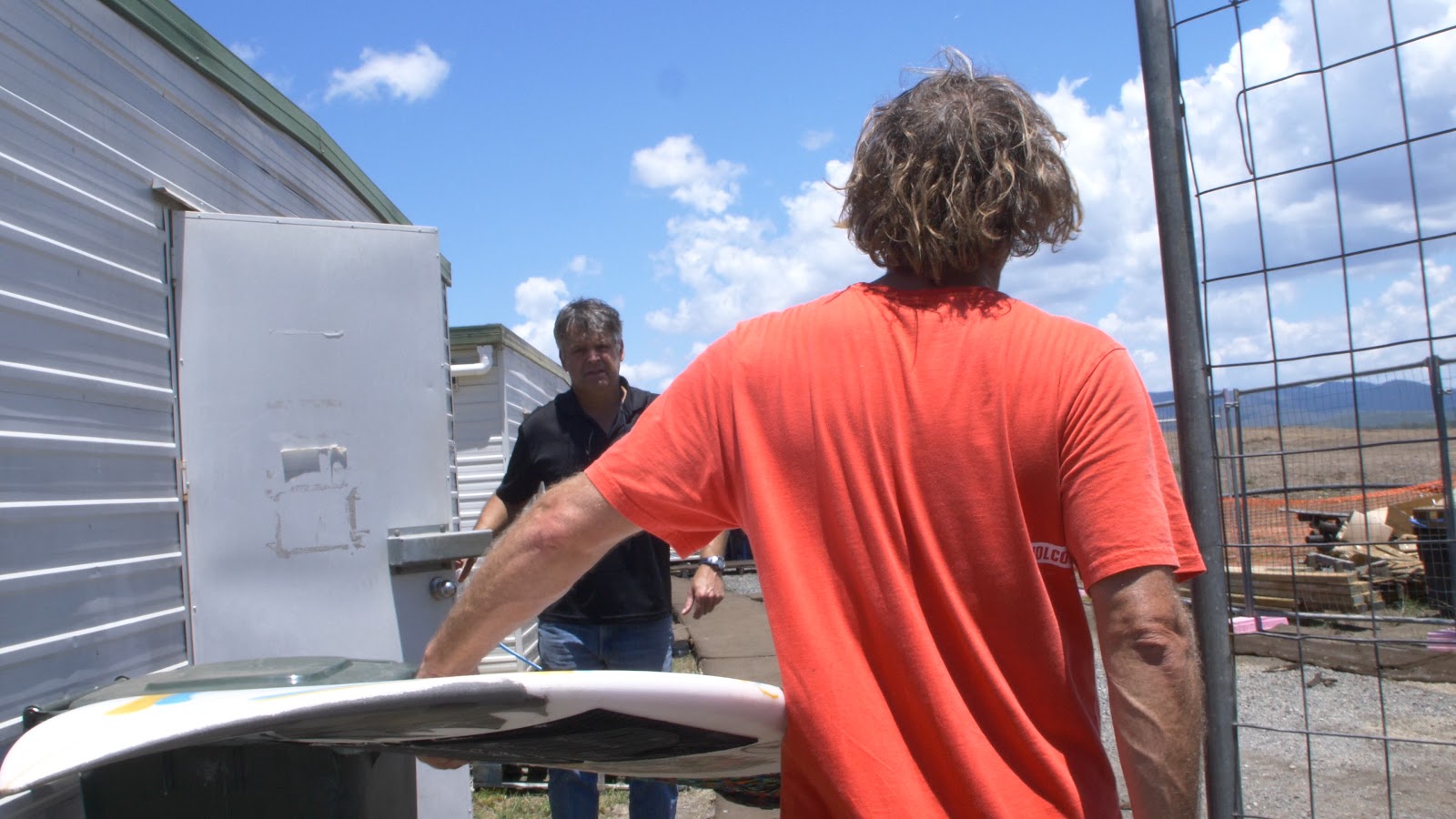 Our hearts shattered. Ozzie looked back at us with a cheeky grin.

In less than five minutes, Ozzie had wrangled a ride to the Rockhampton airport and like that he was gone. Our protagonist was heading home at the peak of the story’s conflict, and we had nary a surf clip to show for it.

After diagnosing the issue as a busted seam on the muffler – which required the immediate attention of a blow-torch – the pool team called surfing off for the day, sending us back to Yeppoon.

So while Parko, Dingo, and the ASL crew convened at The Strand for an evening clink, we skulked about the apartment wondering how, exactly, we could salvage our disintegrating film piece.

After plenty deliberation, the answer became as painful as it was clear: we had to abandon our protagonist and start the video from scratch.

Rumor had it the pool would be fixed by morning, which is a good thing, because we had plenty of work to do.

Long Read: An Angel At My Table

From Stab Issue 15, October 2006: Chris Davidson has one more shot at the big…

A final surf part from the Hawaiian surf/skate prodigy.

Wait, Are We Going To See Moana Jones In The Olympics At Teahupo’o?

And we had a party in Oceanside to celebrate.

Want to know which less-trodden nation offers the most potential?

A radical life tragically ends outside a bar in New South Wales.

Where You Should Be In Europe Right Now

An overview of the region's greatest hits.

“There are mines near the shore, and already a lot of people have died…so it’s…

Curiously, he's the second surf brand founder to become entangled in a political scandal of…

There are three boards left. Which one is Mick taking home?

The Four-Finned, Carbon-Wrapped, Vacuum-Bagged Board That Won The 2022 World Title

The minds behind Sharp Eye and Dark Arts break down Filipe's winning plank.

Does The 1-to-6 Foot Surfboard Exist?

Pushing the Channel Islands NeckBeard 3 to its absolute limits in a new Joyride review.