How Good’s Not Barking Up The Wrong Goddamn Tree

True freedom, I am told, is not being a slave to your desires, and is more accurately marked by one’s ability to say ‘no’ rather than ‘yes’ to things (e.g. going out, buying blow/beers/clothing, rooting things which you have no business rooting etc).

Enticing but not exactly soul-food.

‘Dezzed and Confused’ makes me happy, not because the surfing, soundtrack and supporting imagery got dat Australiana charm. More because, Grayson (a good bloke, also former World Junior Champ), at the ripe age of 20, has basically found his inner peace – doing desert trips with his girlfriend, catching and cooking fish, making cool surf vids, and definitely not doing the Q.

We covered his previous Dez mission here, Meth Heads, Road Trains & The Spoils Of The Australian Outback In Lockdown.

It’s one thing to have the ‘travel bug’, it’s another to love your lot. Grayson, who lives in Bondi, a busy city beach not without its share of distractions and one-way cul-de-sacs, did not follow August’s mob to Europe or Indo, but saved up and went back to a place he’d already been to several times before; The Dez!

Why? It makes him happy, clears his head, makes him be present.

Sue him! The man’s guilty of having a good time, having real conversations, not-instagramming his meals, occasionally even, sinking grogs and being a lunatic – has the scar tissue and depth of character to show for it too (we never said being pious and celibate was the way to go).

Here’s a bunch of other reasons why chasing the CT ain’t all it’s cracked up to be. How Much Does It Cost To Do The Challenger Series? (Spoiler alert: it’s bleak).

“In the peak of winter (August), during the mass migration of surfers going to Indonesia, my girlfriend Holly and I packed the fourby once again with the aim to spend a couple of weeks travelling through the Australian outback. Completing the Oodnadatta track as well as visiting some iconic railway towns situated in the middle of a dust bowl. On our way back we punched it to the coastline where we were met with torrential weather systems reeking havoc on us. 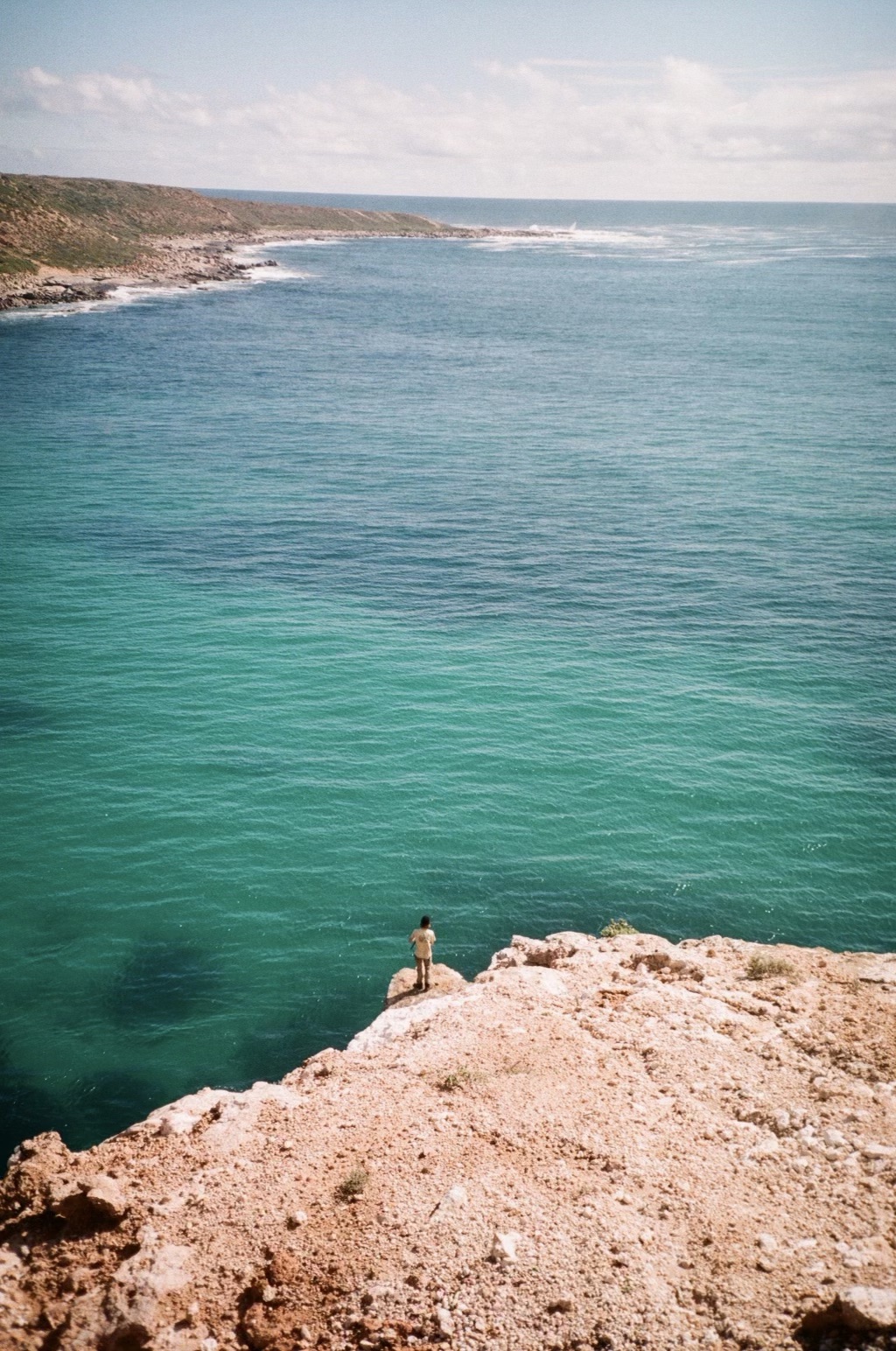 Every week we would have a small window of 1-2 days where swells and winds would line up and we would punch it to wherever we thought would have a wave. We were definitely on the back burner for clips and didn’t film every session as some spots were too sensitive to shoot. However we got some super fun waves in a 3 week period and would spend the entire day surfing our brains out as we knew we had to make the most of the small windows of good conditions.

It was incredible to meet back up with some familiar faces and have a few good blow outs on the Emu Exports and Coopers Reds with them. As usual these road trips are filled with meeting awesome like minded people. It was pretty tricky overcoming the shark factor fear due to regularly facing solo sessions. Our shark knowledge was over loaded as we met and spoke to some incredible professional fisherman working the west coast zone.”

Unlocked: ‘Nozvid’ In All Its Glory

How To Watch The Vans Pipe Masters

With less than 24 hours to go, we've put together a complete list of rules…

Our quest to objectively establish the best men's suit, women's suit, and booties out of…

But he's gotten an invite to the 2022 Vans Pipe Masters, so we caught up…

The rise and rise of Mrs. Pipeline.

"Bull-riding is such a great warmup for surfing big waves."

Guess Who Else Just Got Invited To The Vans Pipe Masters

What’s Happening To Orange County’s Sand, And Is It Worsening The Waves At Lowers?

Read this to upgrade your understanding of your local beach break and coastal environment.

After seven events and much groveling, 10 men and 5 women will officially be CT…

An Ode To Aussie Chick Pros From The Nineties

Update: John John Flushes Everyone Down The Haleiwa Toilet Bowl

And the CT qualifications for 2023 are set.

Riaru Ito Is Cooler Than His Cucumber Garden

Meet our passion pick for the Vans Pipe Masters.

How Surfers Get Paid, Episode 4

The energy drinks are here. They’ve got millions of dollars, and they want your head.

Quiksilver's newest film made landfall in Encinitas, and we were there to document the occasion.